The Story of IMAGE STUDIOS

Image Studios is kind of like a warehouse. . . well, more like a high-end mall of small businesses with everything beauty related. You can have your hair done, tan, get a pedicure and finish off with a massage. Brothers Jason and Shaun Olsen developed Image Studios when they saw that many established hair stylists and beauty professionals were interested in starting their own business but lacked the resources and business background to get started. They are also co-owners of Prestman Auto. Image Studios has three locations in Salt Lake City, Draper, and as of April 2012 – Sandy.

I sat down with these two hot, brilliant men awhile back to get more insight into this awesome business. I have now become a part of myself because I love them so much.

Matthew: So where did this idea for Image Studios come from?

Jason: I have a lot of friend in the salon business – hairstylists. Talking with them, it always seemed like something was missing. They were getting nothing for their work or they were booth renting and weren’t getting support. They were paying a lot and getting nothing in return. Megan Oviatt (Manager, Image Studios Draper) is one of my best friends.

Matthew: Why hair salons? Was this something you came up with over drinks?

Jason: I was having dinner with Steve (Steve Petersen, current manager at Image Studios Salt Lake) and I was telling him about my idea. He said, “Why don’t you do it?” I said, “Maybe I will.” The next day I went to Shaun.

Shaun: I get to work and he tells me he wants to talk to me about something big and I think, “Well, maybe he’s invented a Snuggy or something, and I’m already thinking infomercials. . . “ Then he told me about it and I’m thinking, “A salon?” What are we doing in the hair business? Then the more I thought about it. . . I remember when the car business was dead and people were falling asleep at their desk. . . but Megan was booked three months out. . . and right then and there it made sense. No matter what, people won’t sacrifice beauty. That’s the first priority for people – looking good.

Matthew: Its funny because I still think there’s a stigma attached to being a hairdresser, but in times of recession like this last time, we fare a lot better than most businesses. We felt a small blip, I think, but nothing like the rest of the country.

Jason: For the good hairdressers it was just a small blip, I think.
Matthew: Absolutely. We felt a drop in retail, but not in services.

Shaun: It just made sense after we talked about. As weird as it was to think about a hair salon, in the end, for us, it’s a landlord/tenant relationship. I don’t have to know how to cut hair. I wash my hair with bar soap.

Matthew: So what’s been the best part of opening Image Studios so far?

Shaun: The different personalities. You learn everyone has their own needs and wants. Everyone is different, unique, and extremely talented.

Jason: I have this vision of walking in to any of our salons and seeing everyone happy, busy and successful. On top of that the people we’ve met have been even more fun than I ever imagined.

Matthew: Hairdressers are fun, right? We throw a slumber party every day. Not a bad way to make money.

Jason: We thought there may be some drama going into this, but everyone is really professional and motivated so it’s amazing how that many people mesh so well together. I don’t think you’d find the same thing anywhere else.

Matthew: I think that’s also a testament to your leadership and the atmosphere you guys have created. People leave their jobs usually because the owner or the manager isn’t effective. If you watch Tabatha on Bravo, it’s always the owner or manager that is the problem. For example, I signed a lease for some stylists who were coming from a place where they had use a garden hose to wash their clients’ hair because the owner wouldn’t get the shampoo bowl fixed! On the flip side, being an owner is so stressful that it often takes the fun and creativity out of owning a business when you have to manage people. So what you’re creating is a way for people to own their business with minimal headache. That’s really cool. And the facility is out of this world.

Matthew Landis is a salon consultant, life coach, entrepreneur, and rockstar hair stylist to boot. Matthew can be reached here. 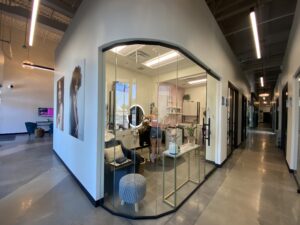 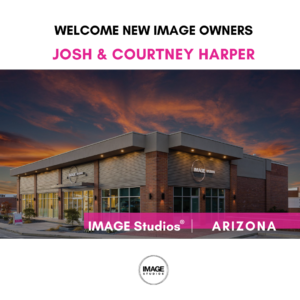 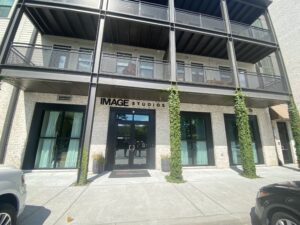