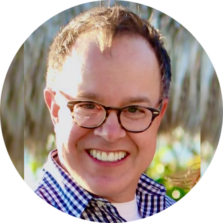 Jim Ressa is a project management and creative executive with +30-year career that includes leadership and entrepreneurial roles in business and in government. Jim worked in creating major events for the City of Columbus as well as established companies such as The Dispatch Printing Company and L Brands. During Jim’s tenure at The Dispatch Printing Company, he managed celebrity appearances, focusing specifically on HGTV and TLC.

Previously, Jim worked for The City of Columbus in The Mayor’s Office. Jim produced large scale signature events for the city as well as private events.

Jim launched his career upon obtaining his Bachelor of Journalism degree from The Ohio State University.