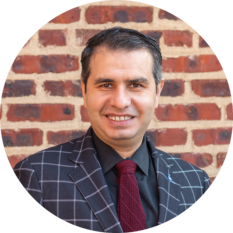 Rimon started in the hair business over 20 years ago in his home country of Egypt. Although he found success there, it was always his dream to come to the US and make his mark here. He relocated to New Jersey where he worked at several different hair salons before opening his own salon in 2013. It quickly became one of the top salons in New Jersey, and since than he has been working to become a Salon Suite franchise owner.

He looked at many different franchises in the salon suite business, IMAGE was by far the best executed studio. The quality of the studio, as well as the training and aid through the opening process, goes above and beyond what he expected. The team at IMAGE has made him feel confident that he’s heading in the right direction in his business endeavors.