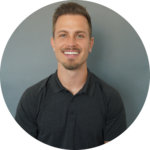 In 2004, Shaun joined Corey and Jason Olsen, as co-owner and Purchasing Director for Prestman Auto, and now serves as company president. Through their success at Prestman Auto, and their mutual desire to create and innovate, Jason and Shaun developed their salon suite concept, Image Studios 360. Image Studios 360 has grown from five corporate locations to 50+ franchised units nationwide. As Vice President, Shaun drives company image and culture as he partners with the leadership team on onboarding support and resources for franchisees. Shaun Olsen is a member of Entrepreneurs Organization (EO) and has been recognized for his work with Prestman by the INC 5000 “Fastest Growing Companies in America” two years running, as well as the top 100 growing companies in Utah by the Mountain West Capital Network.