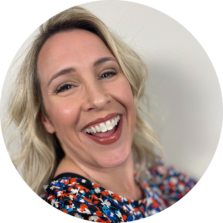 Stephanie grew up in Kentucky, went to college for marketing, did outside sales, and is now home with three kids! Her hobbies mainly include keeping small children alive, but she also recently took up knitting.

Her and her husband, Jon, chose IMAGE for three reasons. The first being the semi-absentee model, which appealed to them due to the aforementioned three small children. Second, the franchise fees were reasonable because of the support given by the IMAGE team. And finally, Ohio is an open market for the salon suite model. A reason for Stephanie, personally, is that she’s interested in hair, nails, and makeup so she’s thrilled to be apart of the industry.