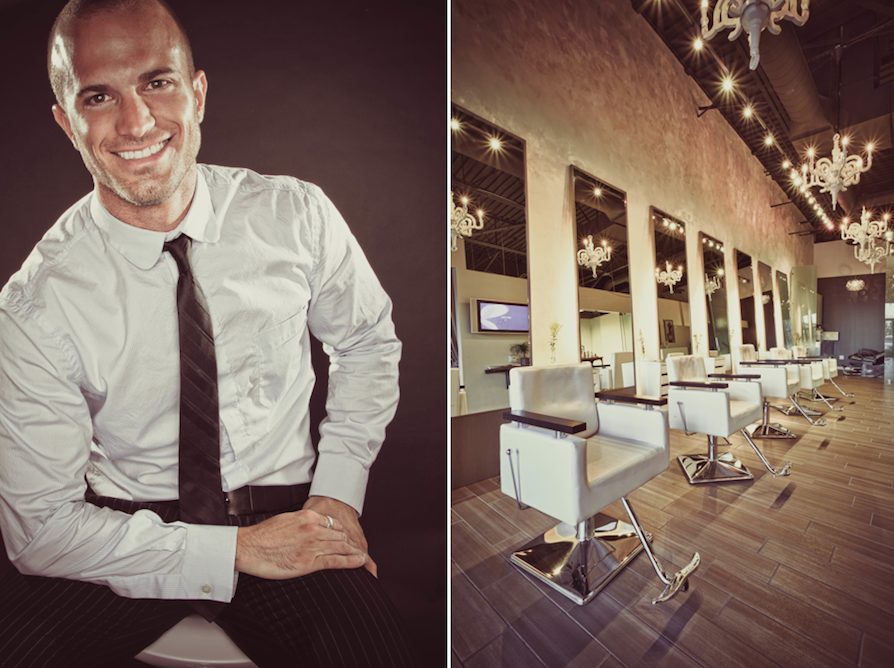 We introduced you to Jason Olsen — a dynamic, local business owner that I’ve worked with for the last 6 months. Jason owns Image Studios 360, an innovative studio space for salon professionals. I designed the retail space at his SLC location on 1850 South 300 West. A little Q&A to provide some insight on the savvy he’s adding to our top-notch city:

How did you come up with the idea for Image Studios 360? It was literally decided over dinner. I was imagewith Steve Petersen (a local hair stylist) discussing an idea I had. I wanted to take the concept of owning your own salon, and strip away the complex pieces of ownership to create a space that is affordable, beautiful, and ready for salon professionals to sign a lease, move in, and operate the next day, if need be. It would still allow people to be independent in their own business, but with virtually none of the headache and hassle that goes with the traditional route of salon ownership. The concept itself isn’t new, and can be seen all over the country, but no one was doing what I wanted to do, which is provide business support and training, on-site management, and most importantly, a space that shows well. After going through it all with Steve, he said, “Why not do it?”. Having never actually considered it would really happen, I sat and thought for a moment. I said, “I think I will.” Needless to say, I went home started sketching floor plans for what would become the Image Studios 360 location in Draper.

Then the fun part; I teamed up with my brother, Shaun Olsen, and my best friend, Megan Oviatt, a hair stylist in Draper. She was crucial in getting the infinite details worked out; there are so many different things to consider when building a shared salon space like this, and it wasn’t something we could do overnight. Countless hours of drawing, measuring, and erasing went to designing the studios so that each room was not only a functional space, but a beautiful space. Without the help from Shaun and Megan, it would never have gone through.

What were you trying to accomplish with this as your business model? First and foremost, Shaun and I wanted stability – both for our business, and for our tenants. After dealing with the ups and downs that we all saw during the recession, I was enamored by the idea of having a stable business. Image Studios 360, at its very core, is a commercial leasing company — we take retail space, design and build it with 25-30 salon studios, and then lease them back to established hair stylists, nail techs, massage therapists, and estheticians. We also wanted to combine all aspects of the beauty industry and find a way for them to work together, but independently. If the entire space were just hair stylists, there would be little opportunity for cross-traffic to take place. In our Draper location, we have over 2,000 clients walking through the doors on a monthly basis; there, they have a mix of hair stylists, estheticians, nail and pedicure techs, spray tanning salons, and massage therapists. Clients can patronize others with a multitude of services offered in the same space.

What’s different about the Salt Lake location? Originally, we had about 4,400 sq. ft. of space in which we were going to build out 23 salon studios. Then, the landlord offered us the adjacent space, which was about 1,300 sq. ft. of extra space. With this, we created an open-air salon with 8 stations, a retail store, and 3 studios. This enabled us to invite hair stylists that weren’t fully-established an opportunity to come over to Image Studios 360…without having to sign a lease on a room. We hoped to be able to attract a large part of the cosmetologist community by having the salon side within Image Studios 360. When they’re able to move to a studio, we have something on the other side to suit their needs.

How did you start working with Matthew Landis, and what is he bringing to Image Studios 360? Had I known Matthew such an amazing consultant and coach, I would have hired him long ago. I’ve consulted with Matthew several times throughout the different phases of Image Studios 360. There have been many hours of picking his brain and making sure that, from his expert point of view, this was something that was needed in SLC and would be successful. In short, he told me over lunch that I’d be stupid not to do it. As he saw it, it had great potential to serve needs in the hair industry in our city that weren’t being met. I took his advice and here we are today. It was one of the only times I was excited to be called ‘stupid’.

Matthew’s filling several roles with Image Studios 360 — we’ve hired him as a consultant to help us in our growth phase, and we’ve made him our leasing agent for the SLC location. Another winning aspect of Image Studios 360 is training and education; and we offer industry-based training every quarter, which Matthew teaches. We also have business skills training every 6 months, taught by guest speakers.

In our Salt Lake location the stars aligned perfectly, to allow Matthew, Shaun and I to team up on the salon side [adjacent to the studios] to open a fun and unique hair salon that would look and feel like nothing else in Utah [with the help and sharp eye of Andrea Beecher and theCOLLECTIVE, I think we nailed it].

Have there been any surprises, now that you’ve been in it for a few years? Yes…the incredibly low number of problems we’ve had amongst our professionals! I think it’s because they really are professionals; they come here to escape the drama that plagues a lot of salons. With 48 people working together in our Draper location, and over 35 in Salt Lake, I think that’s really saying something.

The original blog posted by CityHomeCollective can be found here. 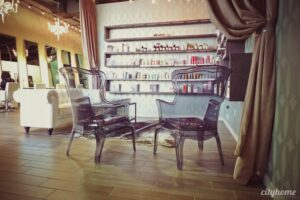 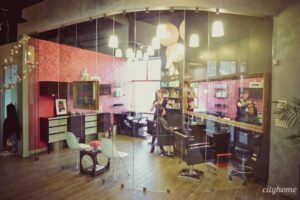 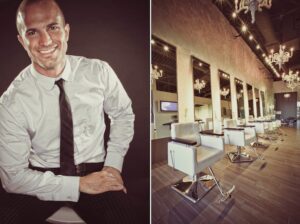 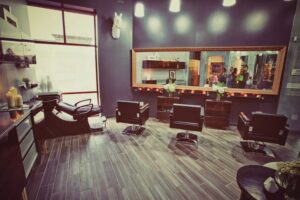 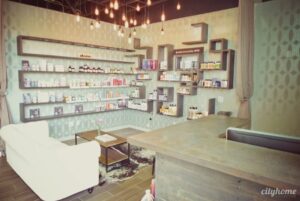 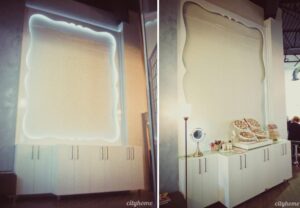 © 2023 by IMAGE Studios 360 Franchise, LLC. All rights reserved.
IMAGE Studios® is a registered trademark of IS360™, LLC. Each IMAGE Studios® franchise location is independently owned and operated.
Privacy Policy